Cutlass’ management team is an experienced group of knowledgeable, resourceful and innovative individuals that bring a century of combined energy expertise and experiences. The Cutlass team prides itself on a fully diversified energy spectrum of experience ranging from drilling and exploration through midstream gathering, treating and processing, construction and operations of pipelines to the downstream end-user, and marketing of commodities to the sales markets.

We believe that experience, integrity and innovation brought by the individuals behind each transaction are the key tenants that underpin the ability to unlock opportunity and value creation. From our years in the industry, we know that the best opportunities will originate from industry relationships and are based on a solid reputation.

Don has more than 40 years of energy industry management experience including the acquisition, construction, management, and operation of interstate pipeline companies, gas and crude marketing companies, exploration and production companies as well as extensive involvement with midstream companies. Prior to co-founding Cutlass, he was the Chief Executive Officer of Republic Development Partners, LLC, an ArcLight owned portfolio company, from December 2016 through its successful monetization in April 2019. From 2009 through 2016, Don ran the midstream division for a publicly traded oil and gas company and was responsible for the design, construction and operation of a large diameter gas gathering and transportation system in the Utica and Marcellus basins of West Virginia and Ohio. Don’s responsibilities also included all commercial aspects and system expansion to provide extensive service to third party producers.

Don’s experience and knowledge of both the upstream (exploration and production) and midstream (gathering, transportation and processing) sectors of the energy business is a common theme within Cutlass’ management team.   Don holds a BBA from Southwest Texas State University with dual concentrations in Management and Finance. 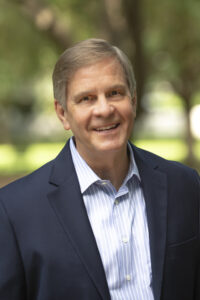 Greg has over 40 years of energy industry experience, encompassing E&P upstream, midstream, LNG, natural gas, crude oil marketing, and power development. Prior to co-founding Cutlass, he was the Senior Vice President - Commercial for Republic Development Partners, LLC, an ArcLight owned portfolio company, from 2017 through its successful monetization in April 2019.

Greg holds a BS in Chemical Engineering (honors) from the University of Missouri - Rolla. 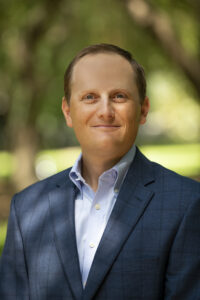 David brings over ten years of increasing responsibility and management experience within the upstream (exploration and production) and midstream (gathering, transportation, treating and processing) sectors of the energy business. His career includes roles with public and private companies, including startups, private equity backed ventures and a family office. David’s disciplinary focus has included corporate strategy, business development, operations, legal management, regulatory compliance, environmental health and safety program management, risk compliance, finance and accounting. Prior to co-founding Cutlass, he was the Vice President - Commercial and Regulatory for Republic Development Partners, LLC, an ArcLight owned portfolio company, from 2017 through its successful monetization in April 2019.

David attended Tulane University where he graduated with a BS in Finance and earned a Masters degree in Accounting. David also attended the University of Houston Law Center, where he earned a Doctor of Jurisprudence degree and is licensed to practice law in the state of Texas.